Here are all of the parts and assembly steps used for the NeoPixel WS2812 Digital Light Wand. 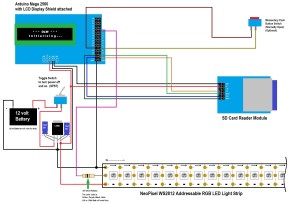 Wiring Diagram (The resistor is mislabeled and is actually a 47 Ohm Resistor, not a 470 Ohm)

Parts List:
2 – 10uf Capacitors
1 – 47 Ohm Resistor
1 – L7805 5 Volt Voltage Regulator
1 – Arduino Mega Board (The only Arduino board with enough memory to handle the code)
1 – LCD Display Shield with key pad
1 – SD Card Reader
1 – Length of NeoPixel WS2812 RGB LED Light Strip
1 – Battery Pack sufficient to power the strip and Arduino Board (I used 7 AA batteries adding up to 10.5 volts (anything at or above 12 volts will be too much for the 5 volt regulator)
Wire (20-22 gauge) to wire everything up
Heat Shrink tubing or electrical tape.

Here are a few photos of the Voltage regulator assembly with the Capacitors. Note the use of heat shrink tubing to keep the electrical connections from shorting out with each other. 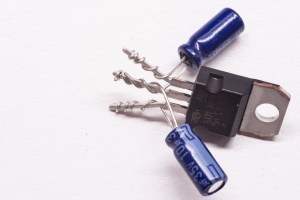 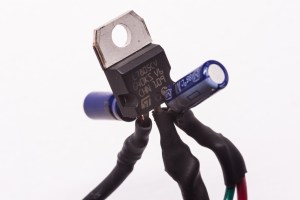 A 10uf Capacitor (Note the Minus sign on the white stripe indicating the Negative side of the Capacitor. Polarity is important on these types of Capacitors. If you hook it up backwards, it will release the important blue smoke that it contains! 😉 Otherwise known as blowing up with a loud POP!) 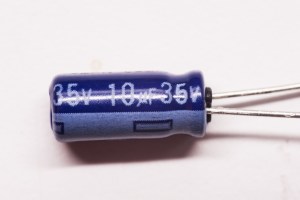 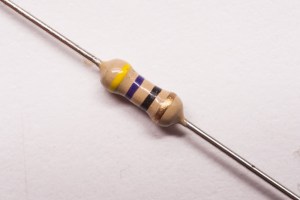 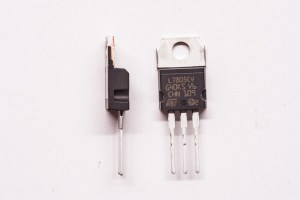 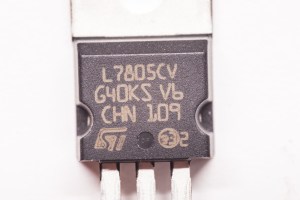 The Arduino Mega Board, SD Card Reader Board, and the LCD Display Shield 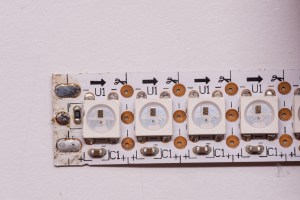 Quick mounting to test the final product out. 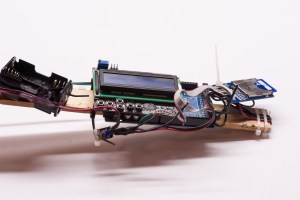 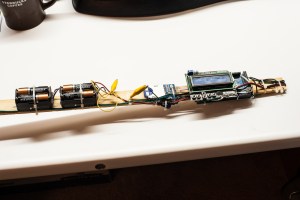